Cantine Due Palme, cooperative company founded in 1989 in Cellino San Marco, in the province of Brindisi, born from the idea and the desire to Angelo Maci, third generation of a winemaking family.

In 1000 growers members and 2,500 hectares of vineyards located in the triangle of land that spans the provinces of Brindisi, Taranto and Lecce, in the heart of Salento.

From the '90s to today were huge investments that the company has operated in view of the growth, development, technologies, sustainable production. Three wineries that since 1989 have been incorporated into the group Due Palme: the historic Cantina Sociale Land Reform of Cellino San Marco (one of the oldest cooperatives of Puglia established in 1955), the Cantina Sociale Angelini San Pietro Vernotico (established in 1961) until the Cantina San Gaetano Lizzano (1959), in the province of Taranto, an important wine-growing reality in the Dop Primitive area.

I'm twenty-five, to date, the references produced by Cantine Due Palme, twenty-five labels that tell of excellent wines strongly characterized by soil and climate conditions of the region and shaped by passion and ability to Angelo Maci, president and winemaker. 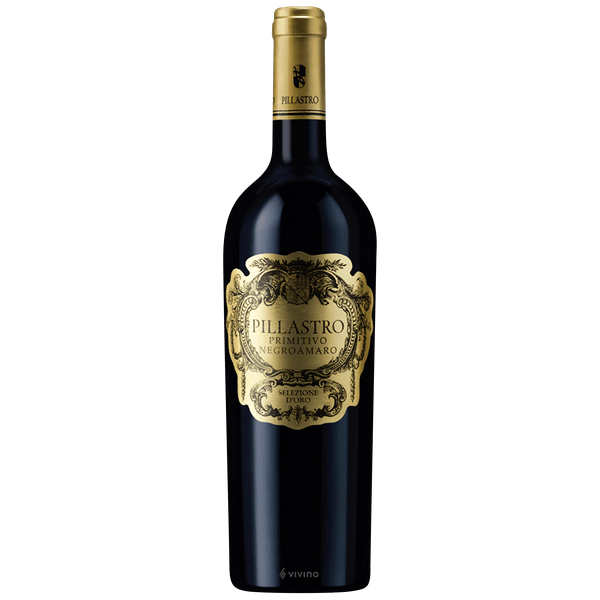 2020 Cantine Due Palme Pillastro Selezione dOro Primitivo Negroamaro
Vivino
$18.95
WHAT IS PIX?
We’re the world’s first wine discovery platform with a simple matchmaking mission: to pair people with bottles that bring them joy. Maybe you’re looking for the perfect prosecco to bring to a surprise party. Or you’re an unabashed cork dork hunting for that Slovenian stunner you sipped on vacation. With a surprisingly clever search engine alongside bottle reviews and articles from trusted voices in wine, you’re just a click and a clink away from your new favorite bottle. Learn More >
WHAT IS THE DROP?
The Drop is an online magazine that connects people to wines they’ll love. Led by media professionals, The Drop is an entity in its own right, free of commercial interference of any kind. Learn More >
Get the latest news delivered straight to your inbox weekly.
PIX
AboutPressContact
THE DROP
AboutEthicsContact
WINERIES & RETAILERS
TradeList on PixAnalytics Log In
LEGAL
Policies and TermsPrivacy Policy